THE TASTY HEALTH BENEFITS OF CHESTNUTS 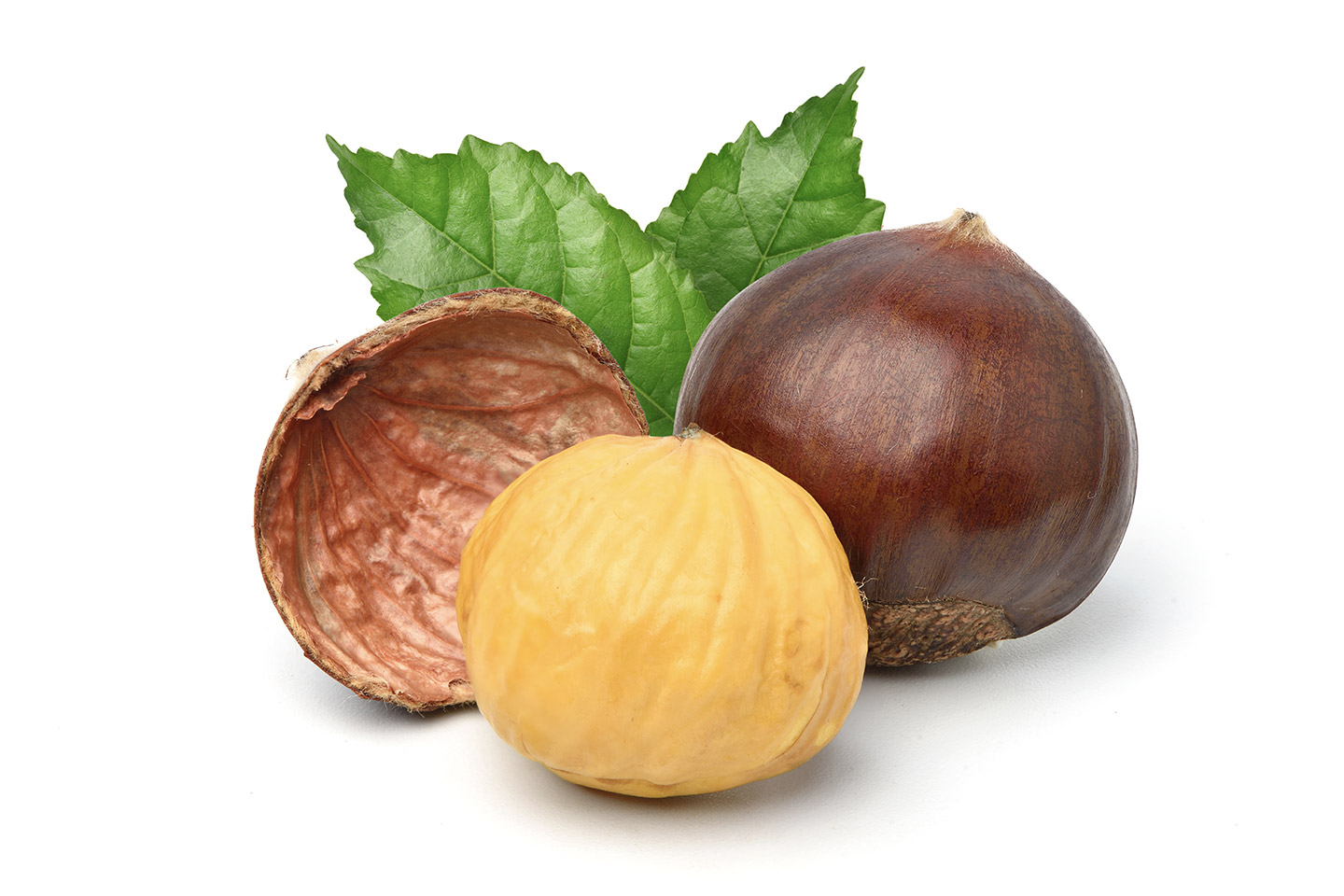 The Tasty Health Benefits of Chestnuts When most people think of nuts, they think hot roasted peanuts, honey roasted cashews, or tasty pecans; but there’s another nut which deserves consideration for both its taste and health benefits—the chestnut. Why? They’re lower in calories than other nuts While 100 grams of walnuts have 691 calories, chestnuts have only 170.

If you’re watching your weight and can’t keep your hands out of the nut jar, the solution may be to fill the jar with chestnuts instead. They’re high in fiber Chestnuts are a surprisingly good source of fiber with around six to eight milligrams of insoluble fiber in a 100 gram serving.

They’re lower in fat than other nuts Chestnuts are one of the lowest fat nuts around with only around two grams of fat per 100 gram serving. Compare this to other common nuts where the fat content can range from thirty to seventy-five grams per 100 gram portion. They’re also cholesterol free and have received the approval of the American Heart Association as a low fat food.

They’re high in vitamin and mineral content Chestnuts are the only nuts that are a significant source of vitamin C. In fact, three ounces of chestnuts supplies almost half of your daily vitamin C requirement. They’re also a good source of the B vitamins, folate, magnesium manganese, and copper.

One caveat Chestnuts are higher in carbohydrates than most nuts at around 34 grams per 100 gram serving, although they’re high in complex, low glycemic carbs, they may not be suitable if you’re on a strict, low carb diet. Also keep in mind that their calorie count goes up when they’re boiled.