THE STORY OF REDEMPTION 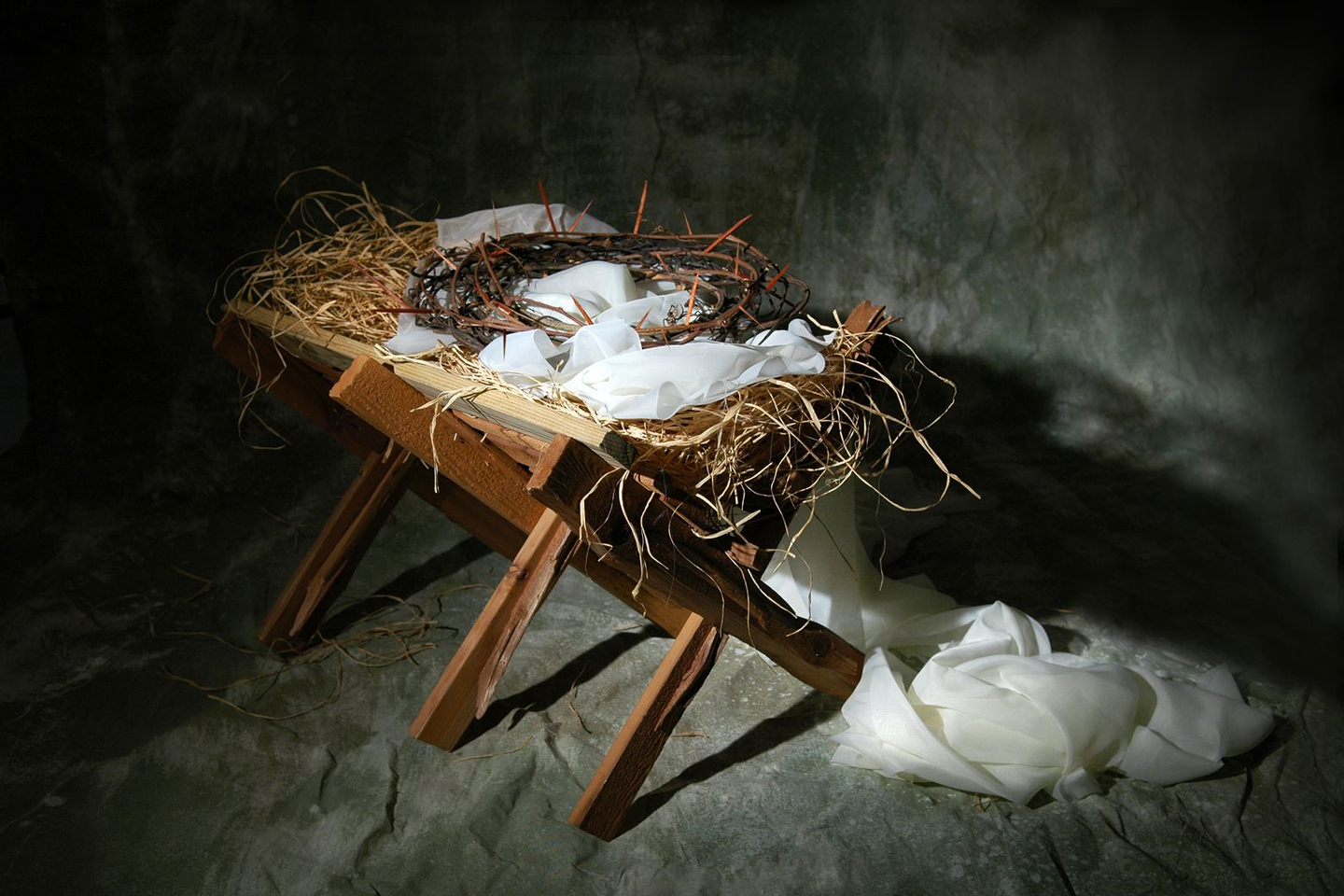 This is a symbolic story out of which we derive a Christmas lesson which might be beneficial for our salvation. It is said about a wood gatherer who collected wood from the forest and, on a very cold winter day, decided to light the fireplace with wood in order to warm up. One piece of wood asked insistently not to be thrown into the fire, but he refused saying that it was not useful and had been prepared for this purpose.

It begged him, saying that it was still in good condition, it has a good structure and does not like flames and fire. He rebuked it and cursed it saying, “You are worth nothing and have no value.” At this point, a respectable old man interfered in the course of the conversation and asked the wood gatherer for this forgotten piece of wood, but refusal prevailed. All the old man could do was to offer to purchase the wood.

The wood gatherer asked for a very large sum of money, and told the wise old man, “You have paid a great price for something that is not worth all this.” As soon as the old man received the piece of wood, he took his knife and started to carve, cutting its edges and cleaning it, making the piece of wood beg him to leave it alone, without all of this pain. The old man was telling it in a kind manner, “Just wait a little while…” continuing his work in carving it and piercing it while it was screaming in pain.

The answer remained. “Wait.” The old man carved deeper, all the while asking the wood to be patient. After a few minutes, the wise man started to cuddle this forgotten piece of wood which had been prepared for its death by fire. He put his mouth on its opening, blowing in beautiful melodies. It made the wood gatherer and all the passersby admire it because it became a great flute out of which came beautiful sounds and melodies to the point of making people shiver when hearing them. The wood gatherer said: “What have you done to that piece of wood? It is extremely stunning and beautiful! May I have it back?” The old man answered, “No, and a thousand times, no.

It is mine.” This is our story with Jesus Christ. This is the lesson of Christmas. We were all in sin, thrown to death and fire. But Christ refused to leave us, so He came to our earth as a splendid child, greater than all the wise and elderly of the world. He paid a great price for us. He sacrificed Himself, lowering Himself from his high glory and taking on a body like ours as a bitter cross, in order to raise our nature. “God became flesh to make man divine.” He shed His blood as a price from the moment of His birth in flesh.

He went up to Heaven after He reformed us, knowing that this world might sting and prune us a little, and might severely chop off our bulges, but in the end we shall become surmounting greater than all the flutes of the world. So we become Messianic in Christ where the Holy Spirit blows in us the melody of His glory knowing “that the pains of the present cannot be measured by the future glory to be known in us.”

So we become Kingdom, Heavenly, Godly and magnificent melodies and songs praising God who lowered Himself in swaddling clothes like shrouds, buying us by His gracious blood through His Incarnation. Jesus is born… He is born… so that we are born in Him to be transformed to godly melodies. And so as the procession of the Heavenly Kingdom begins in us as from now. Amen.