DID YOU KNOW… CHOCOLATE IS HEALTHY! 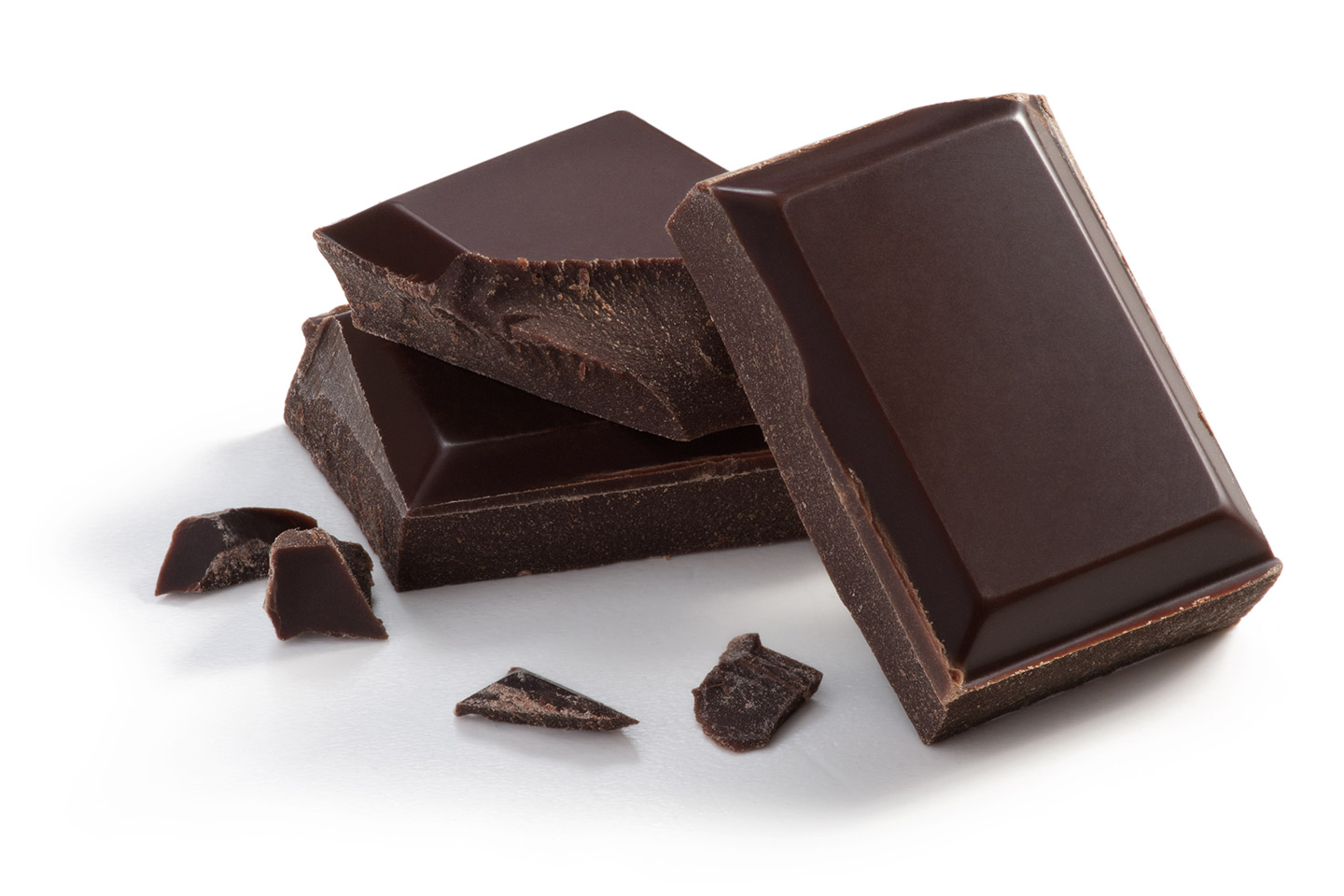 Regarded by many as the tastiest food on Earth, dark chocolate also has many health benefits. Just don’t go overboard—chocolate still contains sugar and fat. It’s loaded with antioxidants Dark chocolate contains hefty amounts of disease-fighting flavenoids, antioxidants also found in red wine and many fruits and vegetables. In fact, it appears to have more flavenoids than any other food.

It helps you through PMS “There’s a reason we crave certain foods, such as chocolate, at that time of the month,” says Toronto-based raw foods coach Nathalie Lussier. “Chocolate releases calming endorphins that reduce anxiety. Plus, it’s high in magnesium,” which lifts moods and reduces water retention.

But overindulging in sugar, salt and caffeine can backfire, causing bloating and fluid retention (not to mention weight gain). It may lower cholesterol A small study from the University of Illinois at Urbana-Champaign found that daily consumption of cocoa flavanol-containing dark chocolate lowered cholesterol and improved blood pressure. It may prevent pregnancy complications A new study reports that a chemical (theobromine) found in chocolate may reduce preeclampsia, a major pregnancy complication. The darker the chocolate, the better. Preeclampsia is primarily noted for raising blood pressure in pregnant women, and eating chocolate helps to lower this risk by up to 69 percent. The study of nearly 2,300 women established greater benefits to those who ate five or more servings per week, especially in their third trimester.

Despite the results from this study, researchers have said that further studies are needed to prove the direct link between chocolate and preeclampsia. It helps prevent heart disease A recent study shows that people who regularly consume 70% dark chocolate (about 20 g per day) show a marked improvement in blood flow, while no improvement is observed in those who eat “processed” chocolate, which contains very little cocoa paste. It seems that the positive effect of dark chocolate is linked to a property in its polyphenols that releases a chemical messenger, nitric oxide, which increases arterial dilatation, at the same time improving blood flow and reducing platelet aggregation.

However, it is important to note that previous studies have shown that milk prevents the absorption of dark chocolate’s polyphenols, thereby neutralizing its beneficial effects. Milk contains large amounts of casein, a protein that interacts with polyphenols and prevents them from being efficiently absorbed by the intestine. It is therefore always preferable to consume dark chocolate unaccompanied by milk.

It may improve your skin Researchers at Germany’s Heinrich Heine University exposed chocolate eaters to ultraviolet light and found that after six weeks, they had 15 percent less skin reddening than those who didn’t eat it. “We believe the compounds in chocolate act as UV filters,” says study leader Wilhelm Stahl. After 12 weeks, the chocolate eaters’ skin was 16 percent denser and 42 percent less scaly. Concerned about it causing acne? Researchers at Australia’s University of Newcastle reviewed the evidence and found nothing to suggest that chocolate triggers blemishes. It may reduce pain A recent study published in the Journal of Neuroscience found that rats don’t respond as quickly to pain while they’re eating chocolate.

While this might explain why nothing in the world could drag you away from your Hershey’s Kisses, the study’s researchers say this painkilling effect could be detrimental to humans as it could contrbi ute to obesity. So remember to enjoy chocolate’s soothing properties in moderation. Also interesting to note: The study also found that drinking water also reduced pain.